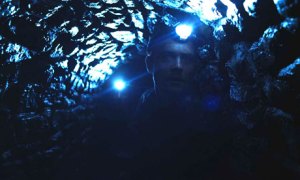 If you’ve ever watched Get Carter and thought ‘You know what this film lacks? Some weird mask-wearing occultists with torches’

Or watched ‘The Wicker Man’ and thought ‘If only there were some hired killers in this movie’ , then I think ‘Kill List’ might be the film for you.

The plot: a hitman, scarred by his last job is press ganged into doing another ‘kill list’. Unbeknown to him the job is being bankrolled by a sinister, occult sect who see human sacrifice as part and parcel of everyday devil-worshipping life.

To add to the mayhem, with every kill our hitman becomes increasingly deranged, until the film’s weird and crazed finale.

This film comes with a lot of lavish praise and I have to say it’s one I will probably see again. 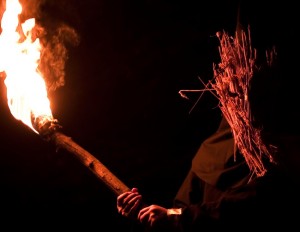 My only criticism is that tension that is so expertly built up in the first hour or so is brutally sacrificed for the final twenty minute gorefest. With the result that the ending doesnt quite have the shocking impact that was intended. There’s only so much killing and entrails a man can watch before becoming comfortably numb to it.

Still I can’t think of another film where hit men and occultists live side by side, which makes ‘Kill List’ one of the more interesting genre twisters of recent years.